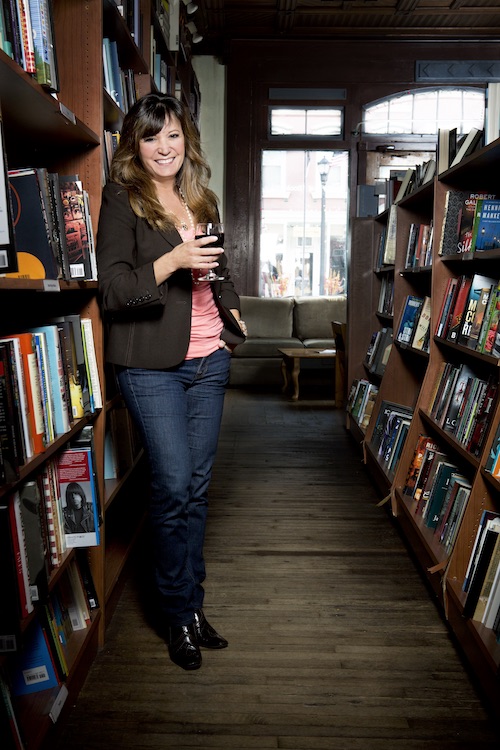 As a Social Entrepreneur, Deborah Brenner measures success on the positive impact a business makes on society. She has manifested her vision with Women of the Vine & Spirits, the leading membership organization, worldwide, dedicated to boldly pushing the wine, beer and spirits industry toward a more diverse, equitable and inclusive era that empowers all to succeed.

After graduating from the University of Delaware with degrees in English and Journalism Deborah spent 20 years in the male-dominated television and film technology industry which required international travel to countries for whom wine is a part of everyday life. During a fortuitous trip to the Napa and Sonoma wine regions, Deborah discovered another male-dominated industry, where women were under-recognized.

Compelled to tell their stories, and tapping into her love of research and journalism Deborah authored a bestselling collection of profiles of women in the wine industry, Women of the Vine: Inside the World of Women Who Make, Taste and Enjoy Wine, which Wine Spectator named a Critical Read.

Through the process of writing the book and championing these incredible women, Deborah became inspired to enter the wine business herself, releasing wine from a first-of-its-kind collective of seven artisan women winemakers from Napa, Sonoma and Paso Robles, CA. For the following seven years, Deborah learned the business inside and out. Ultimately, she could not foster women in the wine industry the way she had hoped, which led her to dissolve the wine brand and return to the drawing board.

A year later, in March 2015, Deborah organized the Inaugural Women of the Vine & Spirits Global Symposium, bringing women and male allies together to focus on actions the alcohol beverage industry could make to change the status quo. It was a sold-out success. The attendees eagerly supported the opportunity to connect through a global network and seek ways to accelerate their business and professional development. This forum allowed for collaboration across all industry sectors and inspired attendees to do business with like-minded women and men. It was clear to Deborah that to make a positive impact on the alcohol beverage industry, women needed a voice year-round and Women of the Vine & Spirits was launched.

Membership to the organization opened September 2015. What started off as a one-off event and grass roots movement quickly expanded into a global organization with corporate and individual members connected across the globe. Women of the Vine & Spirits has become a catalyst for creating a positive impact in the alcohol beverage industry by giving women worldwide a platform and a voice to thrive.

To further foster education and career pathing, the Women of the Vine & Spirits Foundation 501(c)3 was launched in 2017 and to-date has awarded 158 individuals with more than $420,900 in scholarships.

In 2021, Deborah launched another community called Badass Bartender™ to fill a void for female bartenders, giving them a safe space to unite, be empowered, support one another, explore career opportunities and network.

Deborah resides in New York with her husband, Jack. Having been the spouse of a restaurateur who owned and operated an Italian restaurant for 24 years in Piermont, NY, Deborah is passionate about supporting hardworking hospitality professionals who are fundamental to the on-premise sector of the alcohol beverage industry.